Two weekends ago a winter storm blew through the Northeast marking Central Jersey's biggest October snowfall on record. I was in New York at the PhotoPlus Expo the Saturday the storm began. Manhattan was covered in snow, as well as north and central Jersey. Monmouth County, on the other hand, had NOT even a flake of snow on the ground.

Lauren and Chris' engagement session was scheduled to be the following day, Sunday, and I knew that this was a once in a lifetime chance, at least in NJ it is. When do we ever have glistening fall colored trees adorned with snow?!?

I talked to Lauren that night and told her my plan (hopes), praying they would be up for the hour trek north (at the crack of dawn, no less) to where I knew there would be snow...... they were!!! Yet, I think if any of us had known what kind of trek we were actually up for, we probably would have never attempted it .... but everything happens for a reason. ;)

It was a deceivingly smooth drive .... until I got off the parkway and found myself stuck in a maze of downed trees, downed power lines, closed roads and no way out. Unfortunately, it was not only me in this mess, I knew Chris and Lauren were dealing with the very same situation. It took me over a half hour to finally find a route around the neighborhood I was trapped in and get back to a main road. The park that I wanted to go to was completely snowed in and closed at every entrance I could find.

I finally found an exit off the highway near the park that wasn't closed off, I thought I was in! Not so much. To my dismay, the entrance to the park (at the end of the ramp) was blocked off with cones and a downed tree that covered 80% of the road. However, I could see that past the cones the road was semi-plowed. Tired of being stuck and determined to somehow make this shoot happen, I went for it. I knew all I needed was a small corner of open space. I drove on, dodging downed trees that covered the icy road, passing broken down cars and fallen power lines I trekked on thinking to myself, I can't give up it is too gorgeous out here to give up. (Luckily for me, Lauren felt the same way ..... phew!!)

I finally found a little area (behind a downed tree) that I could park my car at. I called Lauren immediately and had to try and talk her and Chris through ever step I took to get to where I was .... and convince them that, 'yes that downed tree is totally ok to drive under .... promise!!' It was about 45 minutes later when I finally saw Lauren and Chris' car pull up.

It was!!! What ever it took to get to where we did was beyond more than worth it and I think that you will agree!!

Lauren and Chris .. you two are amazing!! Thank you so much for sticking it out and not only trekking through complete chaos, but keeping a smile on as you did!! 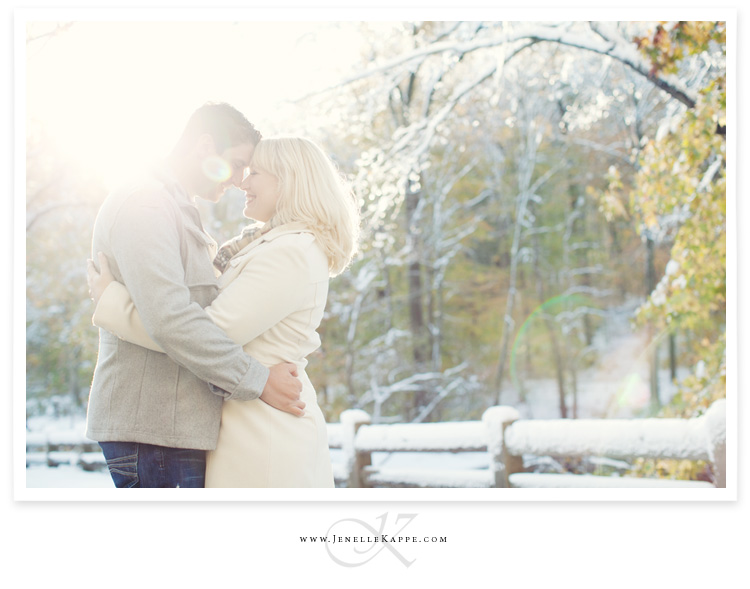 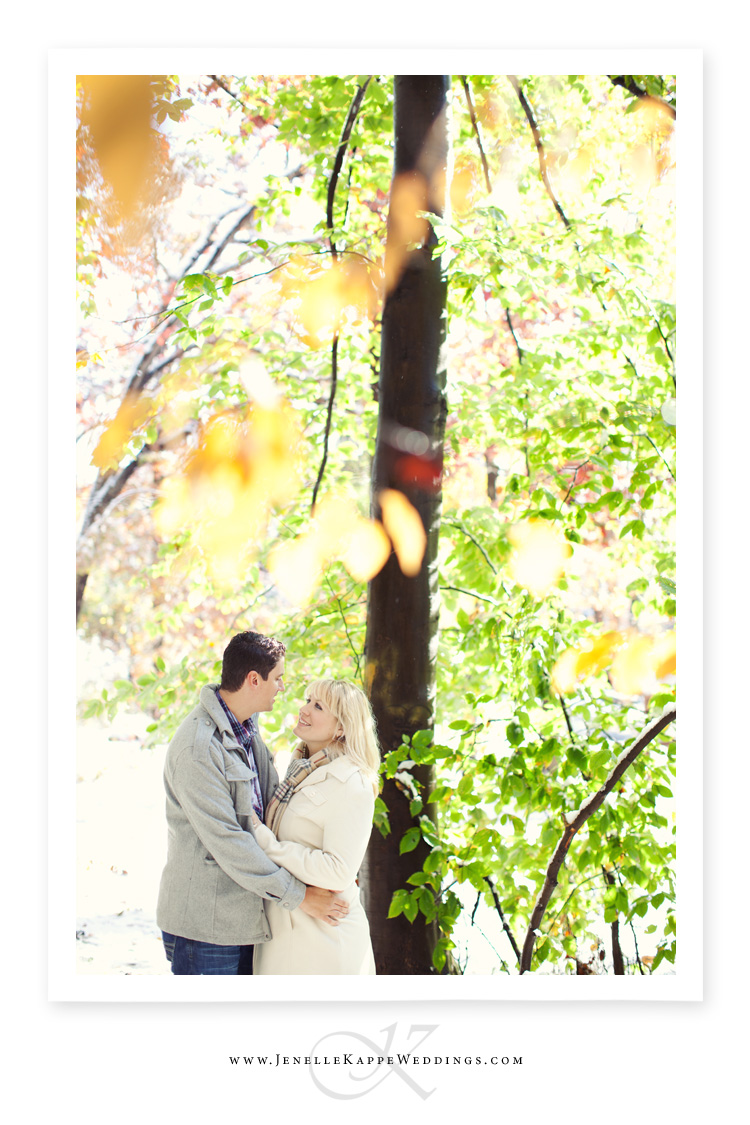 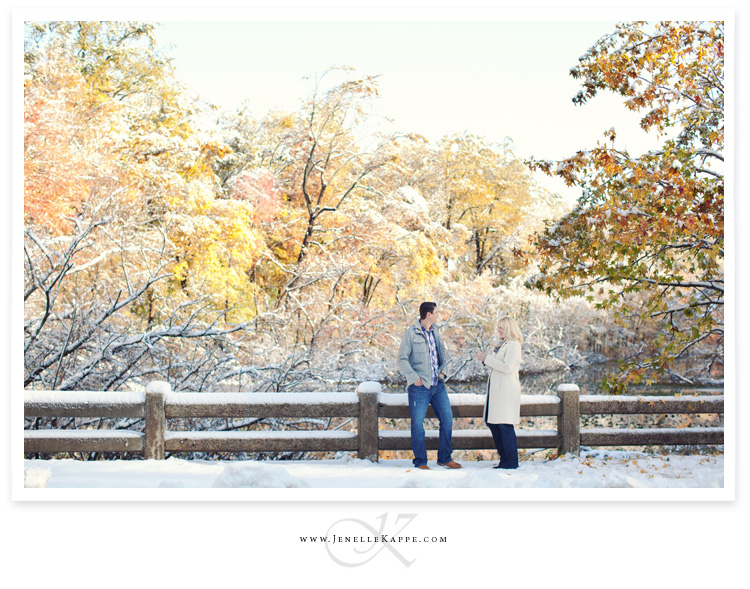 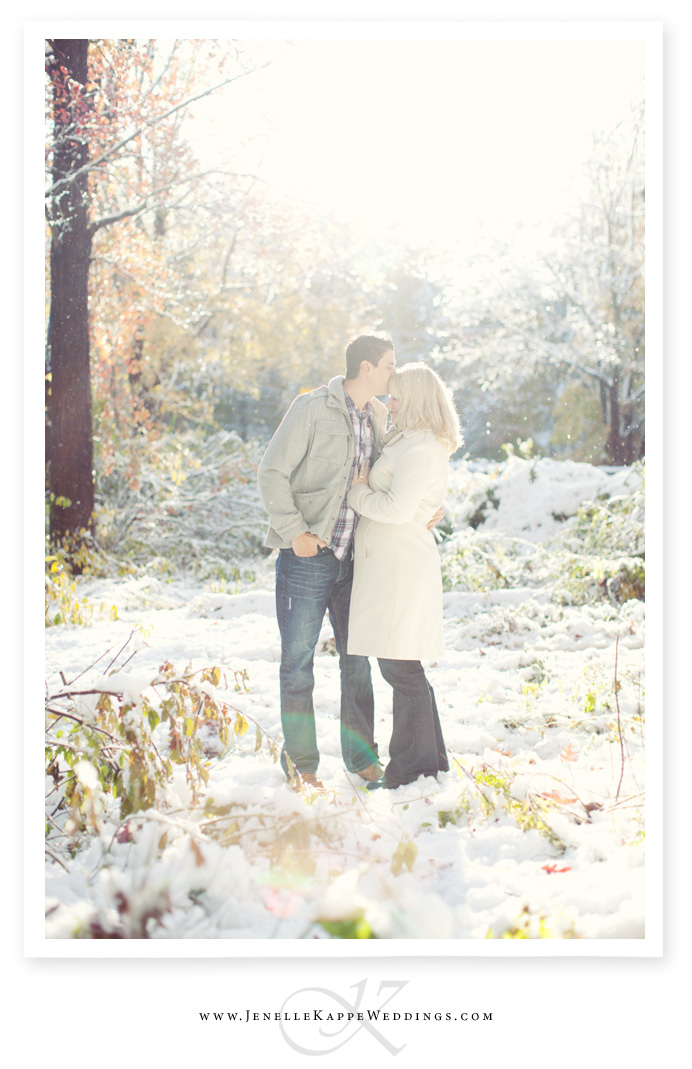 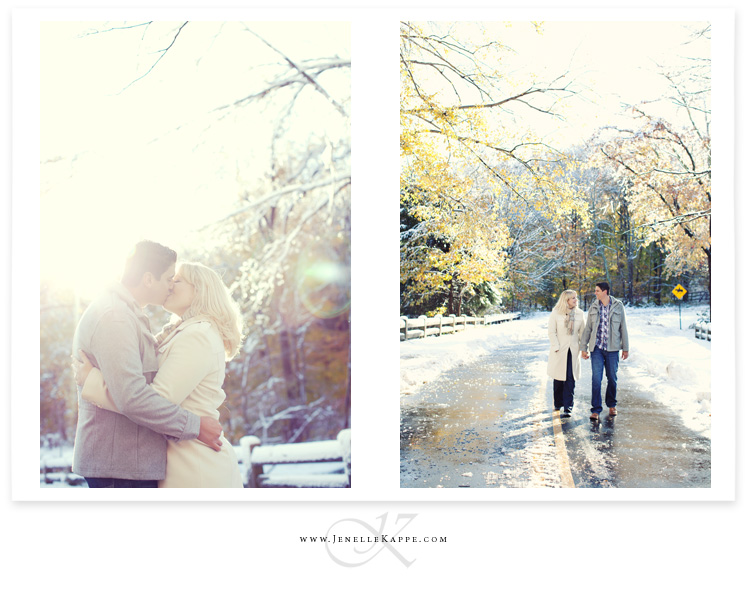 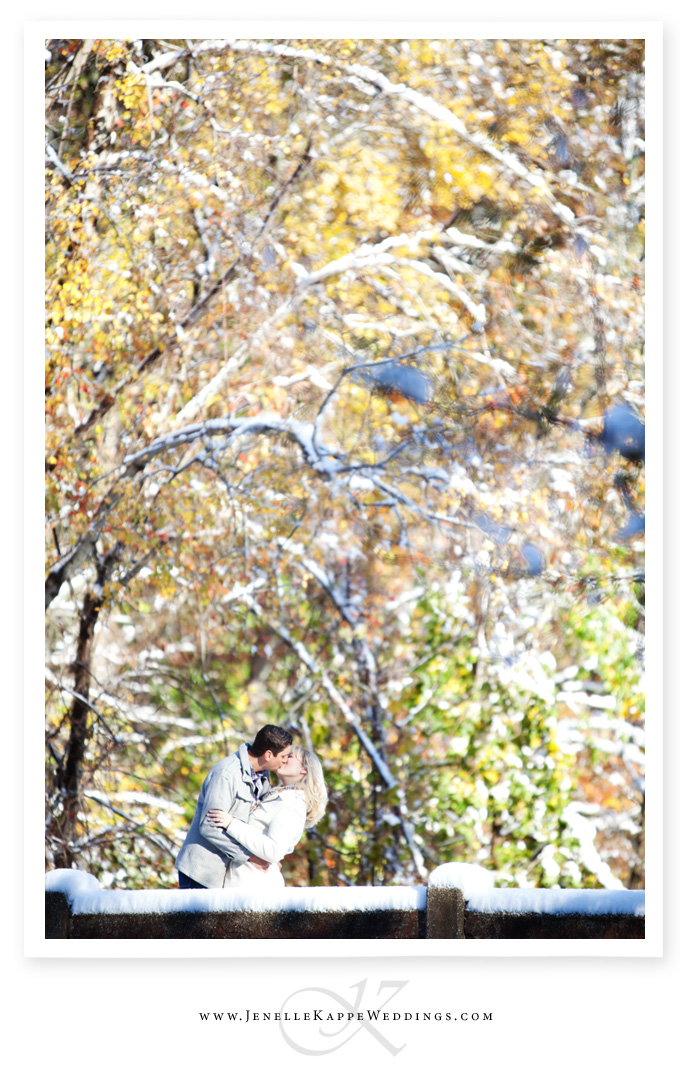 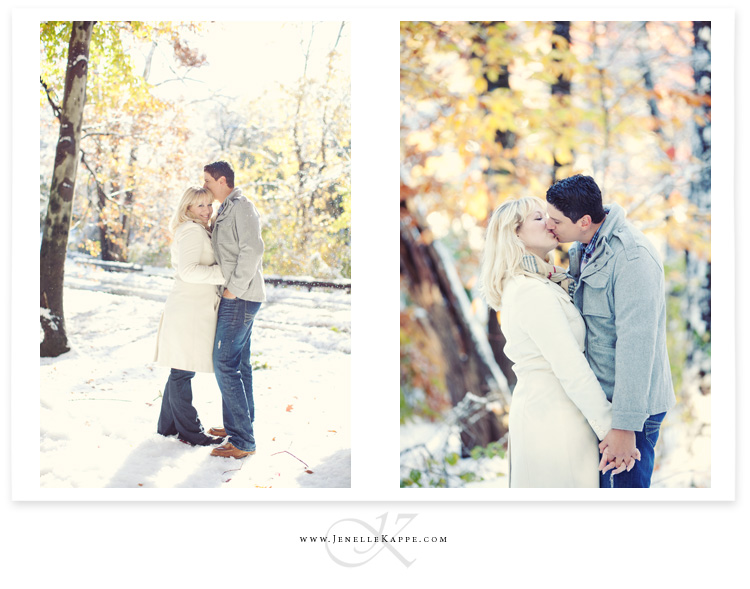 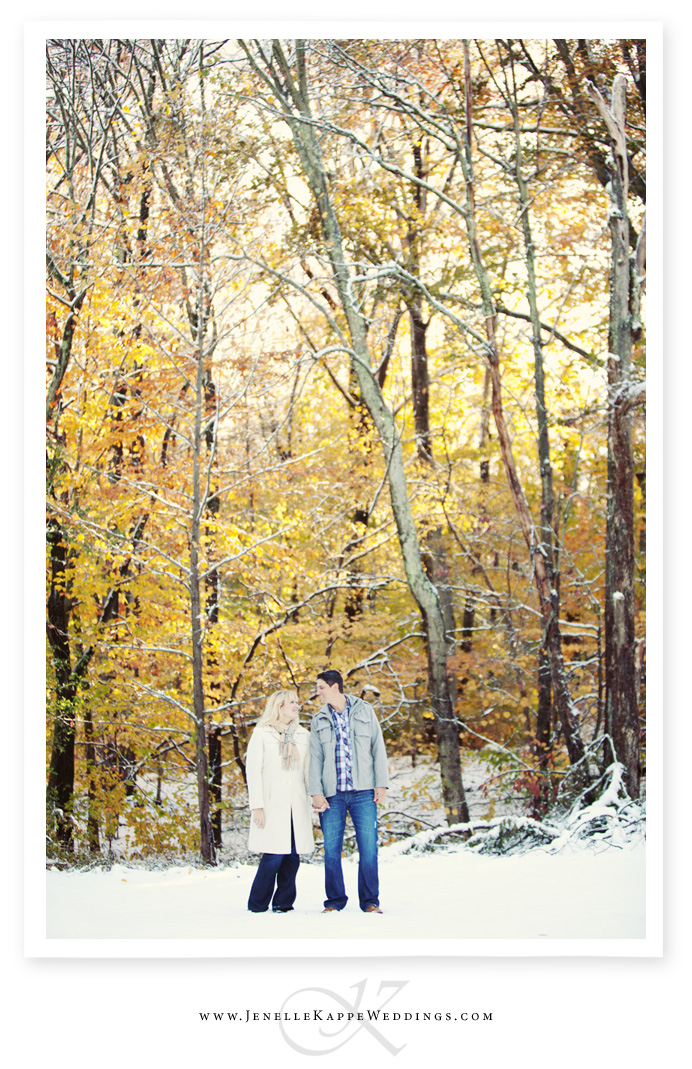 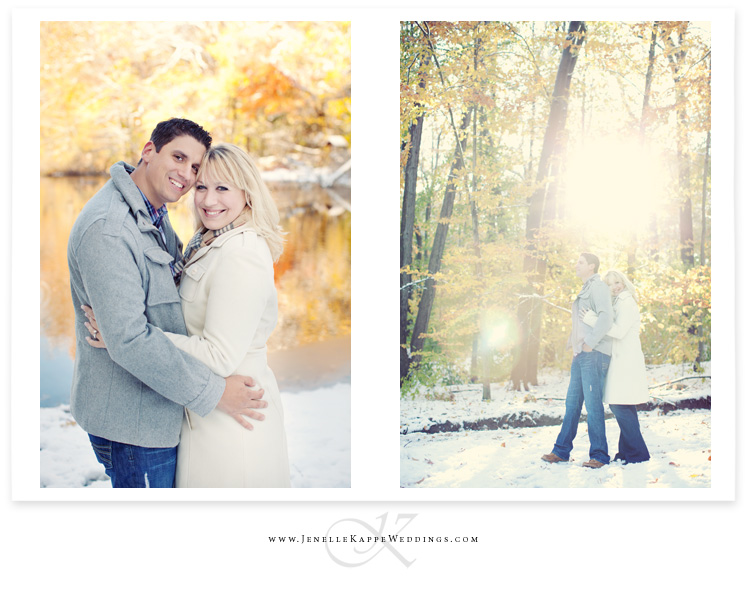 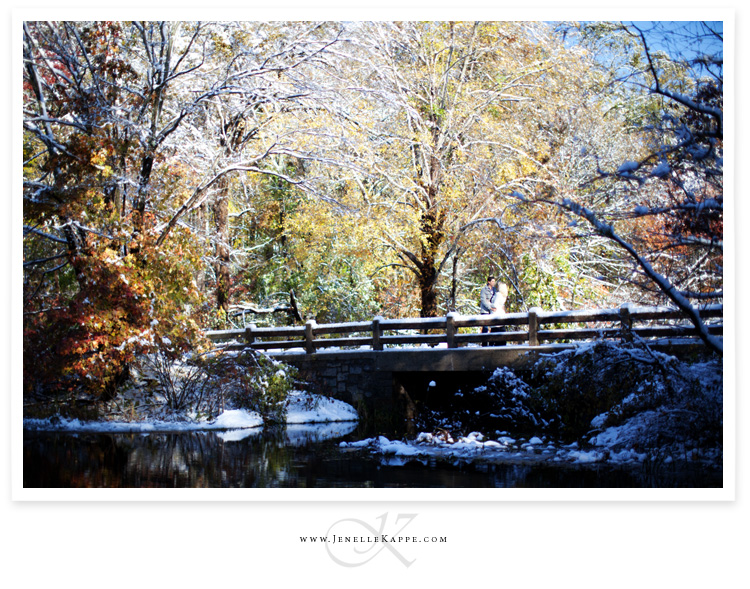 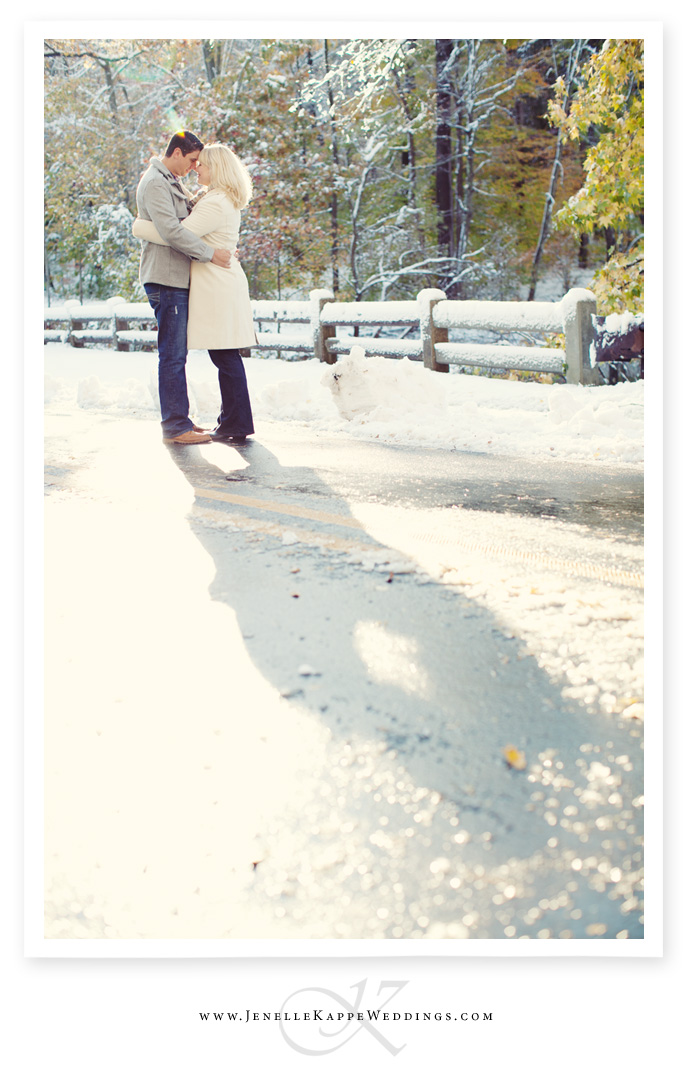 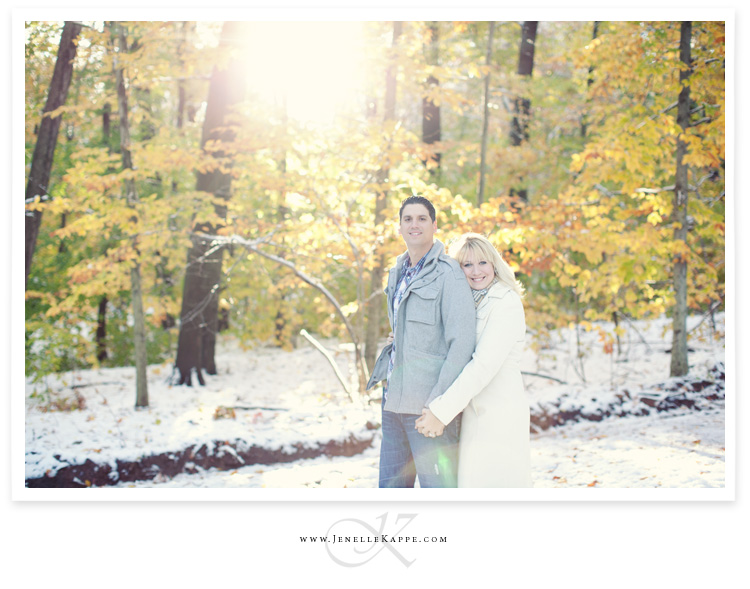 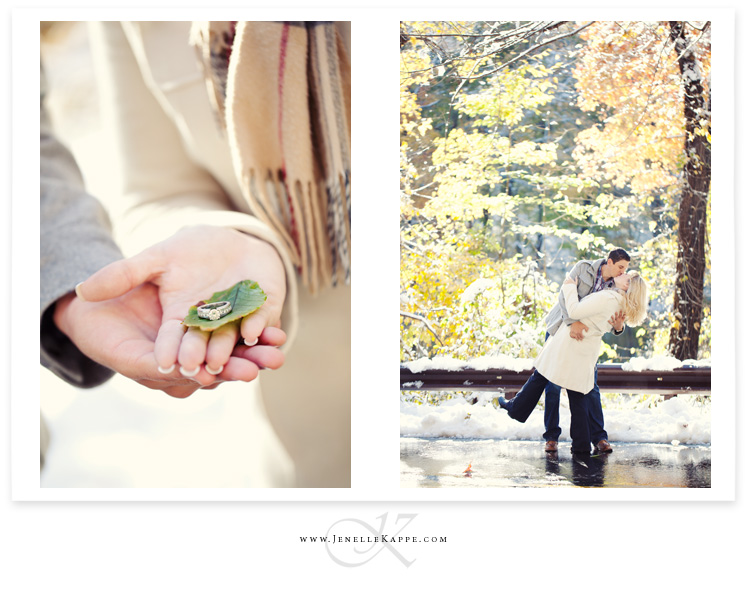 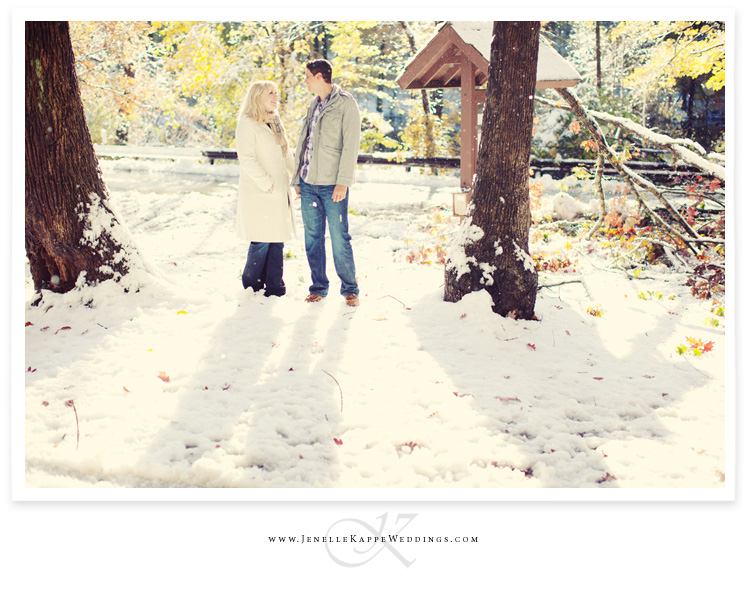